We are pleased to announce that Carl Todd Clinics have teamed up with Lowbourne Osteopaths.

At the beginning of September local osteopath Carl Todd was preparing to travel to Iceland and Denmark with Gareth Southgate, Harry Kane, Raheem Sterling and the rest of the England football team. This week he’s in Melksham with his wife Mel as the new owners of Lowbourne Osteopathls.

Carl and Mel started their osteopathy careers in Melksham at Lowbourne Osteopaths almost 20 years ago after meeting at university so when the opportunity arose to take over the practice last month, they were both delighted.

“When Caspar and Louise contacted us about potentially taking over Lowbourne Osteopaths, it was something we just felt was the right thing to do,” said Carl. “We live in Whitley so it’s just down the road and having both started our osteopathic careers at Lowbourne theres certainly a nostalgic attraction for the both of us. It’s a fantastic opportunity; the practice has got an excellent reputation so it would have been a real shame to see it close.”

Carl and Mel, who already run popular health care practices in Corsham and Swindon, are taking over Lowbourne Osteopaths from Caspar and Louise Hull.

“It will be business as usual,” said Carl and Mel having stressed that they both feel this is an important point that everyone in Melksham is aware of. “We don’t plan any major changes. Caspar – who was Carl’s mentor when he first decided to become an osteopath – is staying on at the practice along with Carol who most of our clients will already know. We both think it would only really work if Caspar stayed and Carol was here similar to when Mel and myself were at the practice almost 20 years ago.

“Lowbourne will complement our other practices, offering a wide range of services including osteopathy, physiotherapy, sports medicine, podiatry, acupuncture, sports massage and Pilates.”

Carl is a good friend of Chelsea manager Frank Lampard after working with him at the Premier League club.

Frank opened Carl and Mel’s practice in Swindon in 2015 when he was a player with Manchester City so are there any plans to get him along to Melksham any time soon? “Ha ha; I think Frank’s got a few other things on his plate at the moment with the new Premier League season just about to start,” said Carl.

The Champions League and three times Premier League winner might not be turning up in Melksham any time soon but he is a big fan of Carl.

“I became friendly with him first and foremost off the pitch, because he’s such a good bloke,” said Frank when cutting a ribbon to open the Swindon practice. “He was very amiable and all the players were very friendly with him. He’s been getting the best out of me for years and helping me get through games when I was just too stiff to play.”

Carl continues to work with Chelsea along with the England football team and would have been travelling to the European championships this summer and then to Tokyo as part of the British team for this summer’s Olympics if both competitions had gone ahead.

He is a registered osteopath, strength and conditioning specialist, lecturer and published author with a PhD in orthopaedics and clinical science, a masters degree in sport injury medicine and an honours degree in osteopathy. Working with the England football team since 2005, and Chelsea FC since 2008, he has also carried out consultancy roles for the England Cricket Board, Team GB male and female Basketball at the London 2012 Olympics and many other football clubs including Real Madrid, Manchester United, Manchester City, Liverpool and Tottenham Hotspur FC.

Mel is a registered osteopath and holds a first class honours degree in osteopathy. A member of the General Osteopathic Council, she is also a fully qualified sports therapist and Pilates instructor, having previously worked with the dancers at the prestigious Moulin Rouge in Paris. Mel currently manages the Pilates and rehabilitation programmes that run at both the Corsham and Swindon clinics. 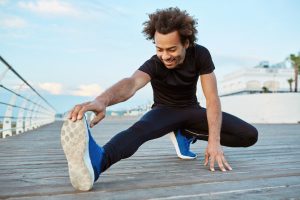 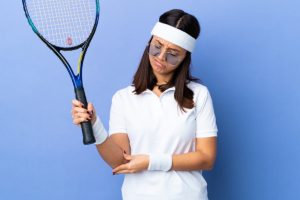 Tennis elbow can is more common than you think and may not have anything to do with playing tennis or other racquet sports. Tennis elbow 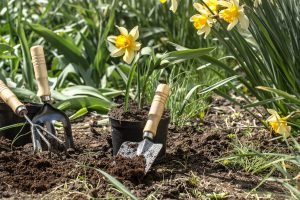 If you are reading this, you probably enjoy gardening. The wonderful combination of colours and scents, changing through the seasons. The satisfaction that comes from

Please call either of our clinics to book, or send us an email:

How can we help?