These CPD courses use a combination of functional, structural, assessment, treatment and biopsychosocial approaches to manage the athlete. This helps provide clinicians with a practical based skill, which can be integrated directly into their clinical or sporting environments. The techniques can be used as effective treatment tools to address both muscular and joint-related issues, improve fluid dynamics and reduce pain.

They would benefit anyone working in a clinical and or sporting environment, with special reference to osteopaths, physiotherapists, chiropractors and sports therapists. A certificate of attendance and 14 hours CPD will be awarded upon completion of each course.

Register your interest in our courses

Dr Carl Todd is a registered osteopath and qualified lecturer with a PhD in orthopaedics and clinical science, a masters degree in sport injury medicine and an honours degree in osteopathy. Carl is a director of Carl Todd Clinics and practises at both our Corsham and Swindon clinics.

In 2005 Carl became the first osteopath to be appointed by The Football Association and work with the England Football team. To date, he has worked over one hundred and eighty international games and attended four FIFA World Cup tournaments, Germany 2006, South Africa 2010, Brazil 2014 and Russia 2018; UEFA European Championships Poland & Ukraine 2012; France 2016. Carl has been consultant osteopath to Chelsea Football Club since 2008 working as part of the medical support for the first team players in all competitions.

His clinical experience with both elite and amateur level athletes has led to Carl developing his own unique style of integrated osteopathy, encompassing biomechanical, functional and structural models for patient management and re-education, specialising in functional movement patterns and corrective exercise. Carl lectures regularly at medical conferences both nationally and internationally on the subject of sports injury management and rehabilitation.

There are no courses being run at the moment.

"It really was an absolute privilege to be involved in such a high level interaction and I can't tell you just how much I've learnt and how useful the material you went through will be for me."
Hugo Matcham, WalesOsteopath
“A must for all manual therapists.”
Clive Lathey, LondonOsteopath
“I thought the course was really great – an essential for all practitioners as I think everyone should practice this way!”
Donna Strachan, LiverpoolChiropractor
Perhaps one of the best courses I have had in my life. You are the first Osteopath to assess and treat hypomobility and hypermobility with specific exercises and control of movement through range. In addition, you integrated Osteopathic principles, research evidence and your experience and expertise as an Osteopath in your approach. In my opinion this explains your professional success.
Alexandre Nunes, PortugalOsteopath
This is an excellent course, with an expert tutor that provides a clinical reasoning and treatment process which can definitely be incorporated into my daily work. Highly recommended!
Anna Fisher, BathPhysiotherapist
Carl Todd gave us excellent ideas to grow in this environment in a professional manner.
Alberto Campolo, ItalyOsteopath
Carl was crucial for my transition from student to professional Osteopath.
Elisa Panero, ItalyOsteopath
This is the best course I have attended. Not only did I find the fundamental knowledge of the course excellent, but also I was able apply the techniques immediately in my practice.
Pablo Sanchez, ItalyPhysiotherapist
I recognise many qualities in Carl - great course preparation, a dedication to work and his ability to convey information, which is very rare. I recommend him to all students, osteopaths, physiotherapists and practitioners in the field of rehabilitation.
Marco Salvioli, ItalyPhysiotherapist
Previous
Next

Please call either of our clinics to book, or send us an email:

How can we help? 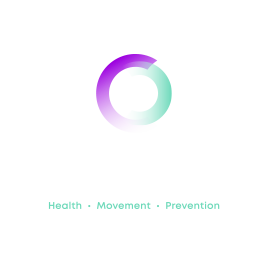 If you're not a member find out more:

Read about the CPD courses

Register your interest to become a member